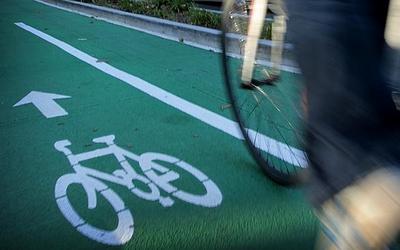 Road and Maritime Services numbers show that, in 2016, cycling rates in Sydney are lower than in 2013, as reported by SMH. The average daily cyclists during peak hours at the Anzac Bridge, Anzac Parade and Sydney Harbour Bridge was 3,830 in 2009 and reached a peak of 5,249 in 2013. However, the figures declined in recent years with the average being 4,453 in 2015 and 4,859 in 2016. Bicycle advocates argue that higher fines and more enforcement, together with poor infrastructure, are the main factors for this scenario.

Since March 2016, when the higher penalties for cyclists started to be enforced, the Government collected $1.3 million in cycling fines, more than double the amount registered in the 2013-2014 financial year. In comparison, from March to September 2016, only $4,857 was collected from drivers that disrespected the one-metre distance rule.

In addition, the goal to double the cycle journeys in Sydney was dismissed as plans for cycle lanes in the CBD were stalled by the state government. It all contributed to reducing bike trips in the city.

The City of Sydney has been engaged in encouraging cycling by constructing separated bike lanes and promoting advocacy programs and workshops. The city points out that cycling has risen in areas where new separated cycling paths were installed, although overall it has slightly decreased between 2014 and 2016.

According to SMH, “the state government’s removal of the College Street cycleway in September 2015 and delays to other projects have slowed the completion of a safe, connected network,” a City of Sydney spokesman said. “The count data indicates the importance of separated infrastructure – sites with new and existing connections are where the biggest growth has occurred.”

Recent data from the USA also shows the importance of investment in cycling infrastructure. The figures show an increase in the number of cyclists and shrink in fatalities associated with the growth of the bike network, as can be seen in the table below:

As we have discussed previously in the Wayfinding Blog, to encourage cycling it is necessary to ensure that cyclists can get from point A to point B in a convenient, fast and safe way. A network of protected bike lanes is essential in changing a city biking landscape.

Share this:
PrevPreviousThe Social Inequality of Parking Requirements
NextShowing the Value of ParkingNext