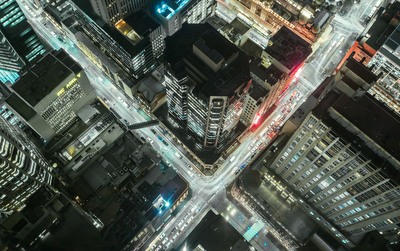 A recent poll conducted for Fairfax Media indicated that 66.4% of the 1,647 respondents believe that Sydney is full and that property development should be pushed out of the Sydney metro area. Although the local population may feel that the city is crowded, there are 103 cities in the world with a larger population than Sydney, as was pointed out by Crikey. All but seven of those cities have a higher density than Sydney.

Considering the global standard it’s safe to say that there is still room for growth in Sydney. However, this will not be possible without a change to strategic planning, the transport system and the lifestyle of the current population. While a denser city may imply an increase in apartment buildings, fewer or no on-street parking and more traffic careful management of this growth can maintain the liveability of a city and in some regard improve it for sections of the community.

A well connected city (regular and reliable public transport, continuous and safe bicycle routes, fast internet (that’s you NBN)) can support much higher density without effecting the ability for people to travel, commute, socialise, work etc.  In many ways, well planned and denser cities can reduce the need for people to travel, or can provide (though economies of scale) improved travel choice and less car reliance.  We see this in effect in many of the cities more dense than Sydney e.g. London, New York, Tokyo all of which have a larger geographical area that Sydney.

Higher density can also lead to more proximate services and employment, lessening the need for the community to travel, which necessitates the prioritising walkable suburbs and short public transport trips over cars and roads.

The challenge for Sydney will be to plan ahead and align the land-use planning with transport planning to ensure that higher density areas develop in logical locations either based on new or upgraded infrastructure.