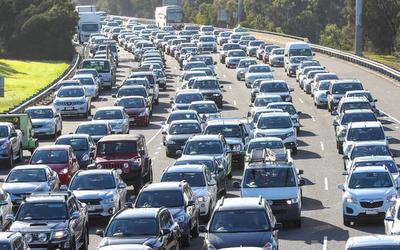 It may be commonplace to state that traffic in Sydney is worse than in Melbourne. After all, Sydney’s population is larger and the harbour splits the city in two making it harder to cross from one side to the other. Surprisingly, a new study challenges this common notion, as reported by The Conversation.

Researchers from the Grattan Institute analysed Google Maps data for more than 300 routes travelling to and from the CBD in both cities. The data were collected in 25 different times each day during 12 weeks, between March and June 2017. The study points out that an average trip to Melbourne CBD takes approximately 70% longer in the morning peak than it would in the middle of the night. In Sydney, travelling in the same conditions and at the same time, takes 50 to 60% longer.

The following chart shows the comparison between Sydney and Melbourne at different times of the day. 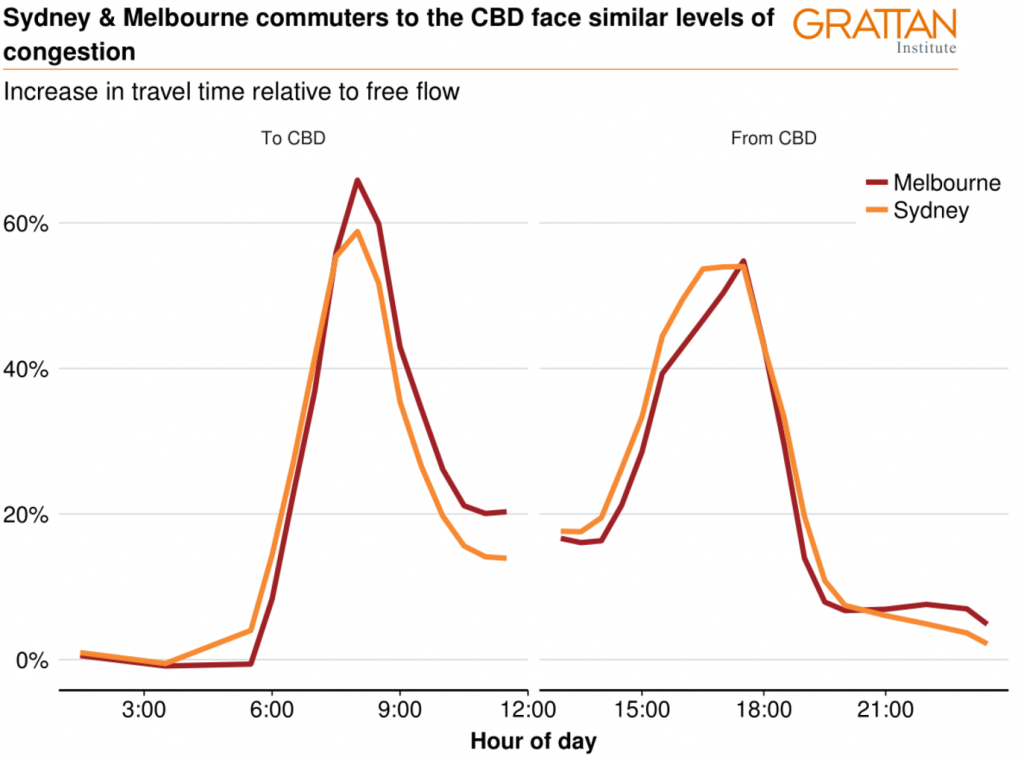 Considering commuters from different areas, it is possible to note that Melbournians living in the northeast suburbs register the worst commuting performance to and from the CBD and those travelling from and to the west experience the least increased times, as can be seen in the following chart. 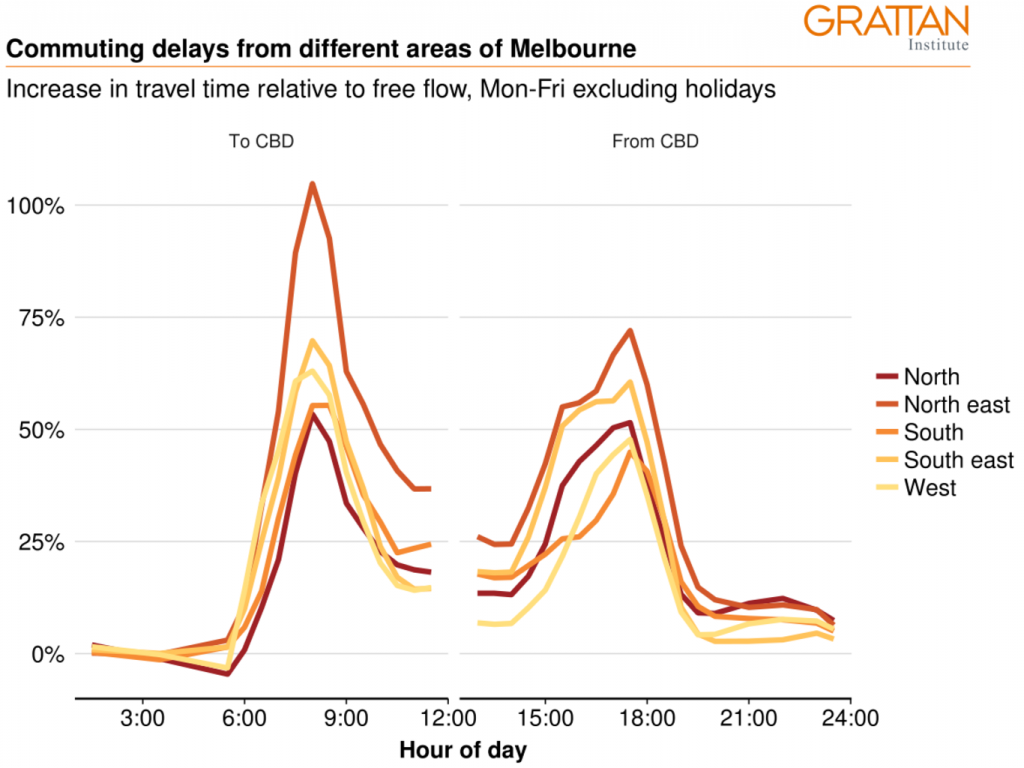 The researchers also found that in Sydney the increased travel time depends more on the direction of the trip rather than on what side of the city people are travelling from, see the chart below. In the morning peak, commuters driving from Mount Colah to Macquarie Park have the worst delays. 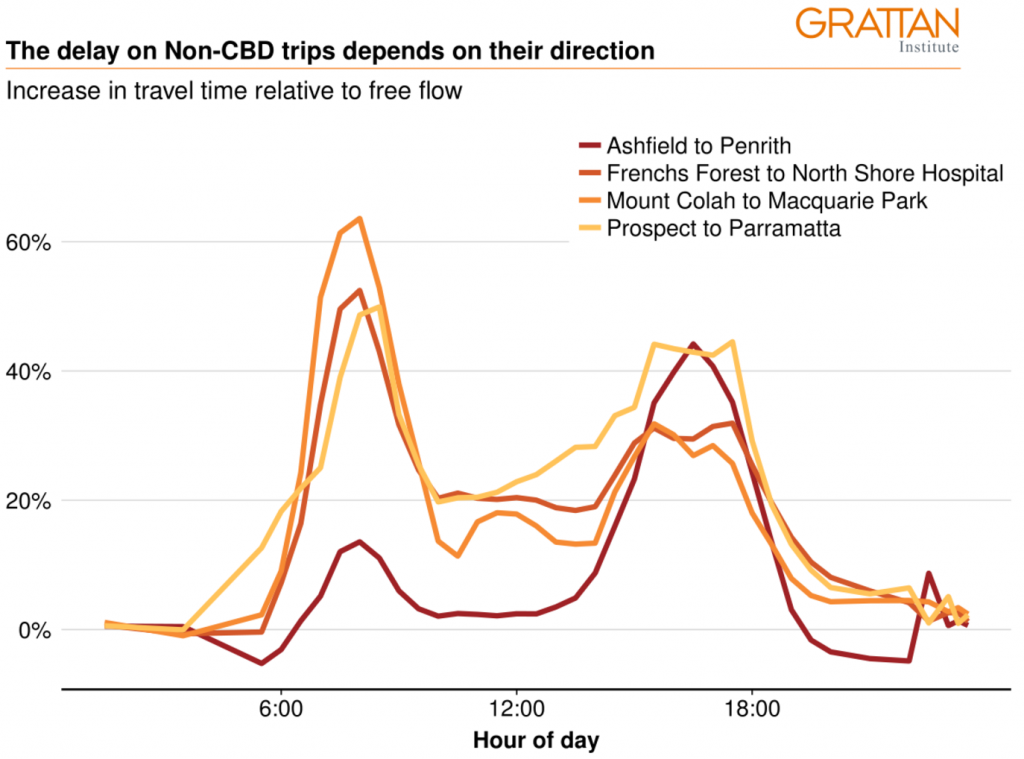 Commuting time is not only related to policies to enhance and expand road networks. It also involves public transport, especially when considering that public transport users represent 25% of commuters in Sydney and 18% in Melbourne.

It is also important to note that 8 of every 10 kilometres travelled by Sydney and Melbourne residents is by car. Thus, the question remains: how to reduce car dependency and improve traffic? As we observed in other cities that are trying to tackle traffic congestions and related pollution issues, effective solutions usually involve various aspects of the transport network. While some cities are planning radical policies to restrict cars from certain areas, such as Paris, Madrid and Barcelona, other cities, as Seattle, invested in public transport, bike lanes and incentives to alternative modes of transport.

Share this:
PrevPreviousWhat does a parking consultant do?
NextParking – Your customer’s first and last impressionNext