A highly-awarded project that has consumed the lives of an Idaho couple since 2006 is now seeking public support for the next phase of the journey – working towards the introduction of solar roadways.   Scott and Julie Brusaw are wrapping up Phase II of their project –building a prototype parking lot using the solar panels […] 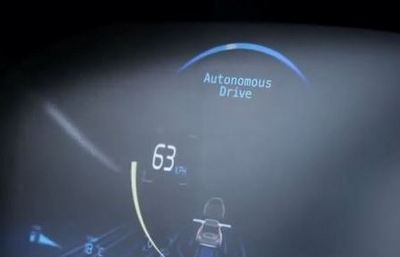 Volvo has launched its pilot program of driverless cars in Sweden.  As reported in The Guardian, the project, called “Drive Me”, is the world’s first large-scale autonomous driving pilot project.  The 100 self-driving Volvo cars will be tested on public roads in everyday driving conditions around the city of Gothenburg. “Volvo’s analysis on traffic safety […]

US DIY retailer, Lowes, is using data collected from its car parks to optimise staffing ratios and gain a competitive advantage against its rival, Home Depot.  As reported by Bloomberg Business Week, hourly images of the car park are collected by satellite, and these are analysed to help paint a picture of the peaks and […]

There’s no shortage of cycle-friendly stories coming out of Europe, and we love sharing them with you.  This recent post from Treehugger should provide both inspiration and aspiration for other cities and urban planners that are working on cycling solutions. The Hovenring is the first elevated cycle roundabout in the world.  Commissioned by the Dutch […]

Australia well-positioned after V2V technology given green light in US

Australian technology companies look to be well placed in what could become the future of road safety for light vehicles.  The US Department of Transportation (DOT) and the National Highway Traffic Safety Administration (NHTSA) have recently announced that the US will begin taking steps to facilitate the introduction of vehicle-to-vehicle (V2V) communication technology. V2V technology […]

A recent story from Wired has showcased the latest in intelligent technology from Audi.   By using “big data”, wireless connectivity and the car’s on-board navigation system, an Audi-developed phone app will not only find parking, but also uses “intelligence” to predict when other spots might open up! Branded as Audi’s Urban Intelligent Assist, the project […]

Tesla S travels across US for free

The Tesla S electric car is in the media again, this time for taking one of its enthusiasts, John Glenny, across the country at no cost.  As reported in BRW, Glenny and his daughter travelled from New York to Los Angeles in just five days, via Tesla’s network of Supercharger stations where they were able […]

Reported last month by news.com.au, Hangzhou’s nine million residents will be encouraged to relinquish car ownership in favour of a greener solution – electric hire cars available on demand from giant vending machines!  In this attempt to spearhead the problems of pollution, traffic congestion and overcrowding, all exacerbated by spiralling car ownership in China, Hangzhou […]

Last week’s report featured on The Green Car Website reminds us of the Christmas classic, Miracle on 34th Street.  You will remember the part when Kris Kringle, employed at Macy’s, starts sending customers to Bloomingdales when they can’t find what they are looking for?  Some might say it is the cleverest marketing strategy around. So, […]

Top shelf garaging for your Lamborghini

The subject of previous PTC blogs and articles, automated garaging must be the ultimate accessory! Well, if you can afford the car, then you can probably afford this Hamilton Scotts luxury apartment and the “attached” garage to go with it.  That’s one way to keep an eye on your investment…Enjoy!   Share this:LinkedinTwitterFacebook

Last month, the Sydney Morning Herald brought us news of the “invisible” bike helmet.  Well, it’s not really invisible — it just isn’t worn where you normally think a helmet would be worn!  You may struggle to find it in the photo, because it is cleverly disguised as fashionable neckwear. The project started out as […]

For the latest in electric transport options, Treehugger recently featured this prototype scooter, the Kubo.  After you figure out which end is up, you will see that the space underneath is designed to give you ample carrying capacity for your groceries, shopping, briefcase or other precious cargo (not children, however!). The scooter has a weight […]

University of Toronto civil engineering graduate, Samah El-Tantawy, has used game theory to create “intelligent” traffic lights and is now receiving global recognition for her work.   The system uses artificial intelligence allowing the signals to “talk” to one another, and make real-time decisions in order to keep traffic flowing.  In a Uni of Toronto media […]

The city of Rio de Janeiro has recently launched a pilot program allowing travellers to use their smartphones as a mobile wallet for public transportation, reports Techworld.  The phones are equipped with NFC (Near Field Communication) technology which allows safe, contactless data exchange between devices.  A collaborative project between RioCard Tecnologia da Informação, Gemalto, Motorola […]

The technology has been around for a while, but have you ever wondered just how those self-parking cars manage to manoeuvre themselves into spaces?  This great little clip from NRMA explains the process beautifully, from both inside and outside the vehicle. It looks pretty fool-proof, but the only proviso is that you must be able […]

Plans have now been unveiled.  As promised in last month’s blog, Elon Musk, head of Telsa Motors and Space X, has now released a document outlining the details of his vision for a new form of transportation, the Hyperloop.  The 57-page document reveals Musk’s plans for transporting passengers in a low-pressure tube along blankets of […]

The Hyperloop – a new era of transport

Following on from last weeks’ Wayfinding Blog which offered a glimpse of the future of transport, we bring you one step closer to that reality with the upcoming unveiling of The Hyperloop.  Brainchild of Elon Musk, the founder of SpaceX and Tesla Motors, Musk announced this month that “alpha” plans for the revolutionary transportation […]

Driving and parking – where have the people gone?

We’re told there would be fewer accidents and traffic snarls, and time spent looking for parking could be spent doing…..well, anything else. Thanks to Volvo, the fully automated, driverless car is now closer than ever. But are we ready for it? Volvo will become the first car manufacturer in the world to release a self-parking […]

Driverless trains are headed for Sydney

The NSW budget handed down last week delivered significantly on transport, with over $6 billion pledged towards infrastructure projects. Along with the light rail project previously mentioned on Wayfinding Forum, heavy rail was the big winner with funding confirmed along the north-west corridor of Sydney. The NSW Government describes The North West Rail Link as […]

The NSW Government will extend the trial of its Opal smartcard ticketing system to some of Sydney’s trains from the end of this week. The trial, which has previously been introduced on two of Sydney’s ferry routes, will now include train stations on the City Circle and Bondi Junction lines. The rollout brings Sydney closer […]

New York City’s bike-sharing program was officially launched last week, sending 6,000 bright blue “Citi Bikes” onto the streets of Manhattan and Brooklyn. The system will feature 24/7 access to terminals at hundreds of subway stations around New York. Each terminal is equipped with a touchscreen kiosk, a map of the service area and a […]