The issues with electric vehicles charging at car parks 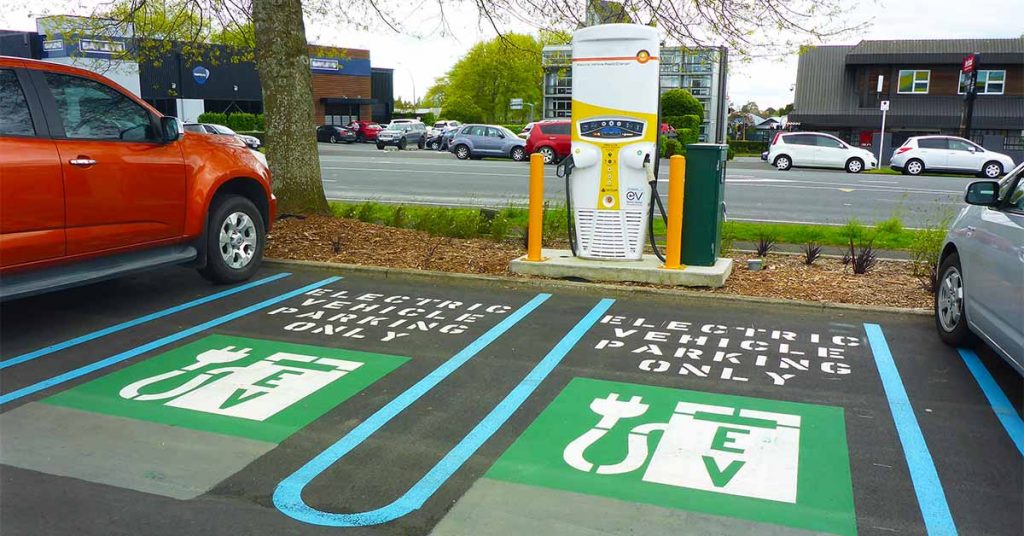 Rising disputes for electric vehicle bays Fortune Magazine has stated that disputes for an electric vehicle (EV) parking bay is the next ‘the next frontier of road rage’. As the number of EVs on the roads increase in the US, new issues surrounding EV charging are becoming more common. One problem revolves around the dispute […] 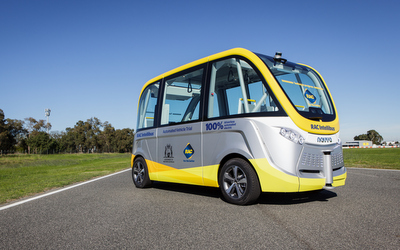 Last week RAC started the on-road test stage of the first autonomous and electric shuttle bus to operate in Australia. The RAC Intellibus trial is happening in South Perth and includes tests with passengers. The shuttle can carry 11 people and will travel at an average speed of 25km/h with the possibility of achieving 45km/h. […] 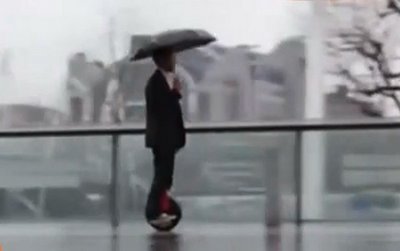 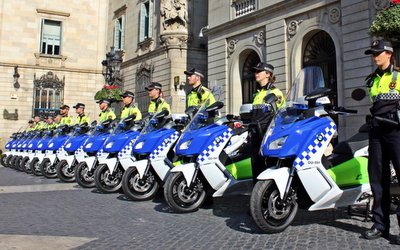 Barcelona Police have taken delivery of a new fleet of 30 electrically powered scooters, giving them efficient, zero-emission mobility around the city.  Already a leader in sustainable mobility, Barcelona was the perfect partner to showcase this fleet of fully electric scooters, manufactured by BMW. As reported recently on BMW Blog, this is the first fleet […] 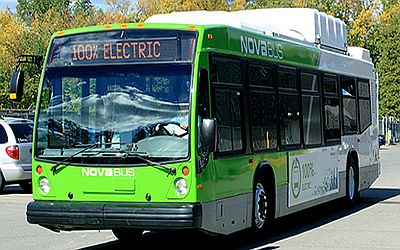 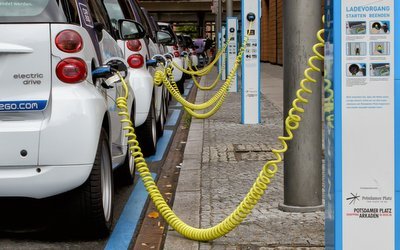 The German cabinet has backed a bill designed to stimulate demand for electronic vehicles by enabling municipalities to offer EV owners incentives such as free parking, and the use of bus lanes, as reported by Businessweek. As a world leader in car manufacturing, the bill simultaneously aims to stimulate the sluggish sales of EVs in Germany […] 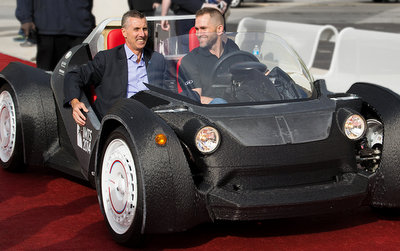 At the International Manufacturing Technology Show 2014 in Chicago last week, Local Motors has unveiled the first 3D printed car, reports SBS.  Manufactured in just 44 hours, the “Strati” (Italian for layers) is set to challenge the traditional methods of car manufacturing.  The mechanical components – battery, wiring, suspension – are sourced from a variety […] UK invests in green vehicles and their drivers 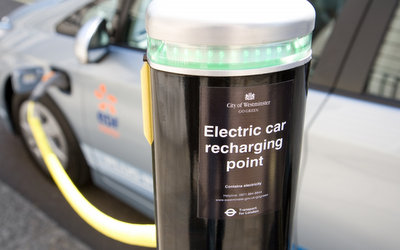 The UK has taken a bold stand for a greener future with the recent announcement of a £500 m investment in the growing electric car movement, as reported in The Yorkshire Post recently. Deputy Prime Minister, Nick Clegg unveiled the initiative saying “This is about creating a culture change in our towns and cities so […]

Results of car-sharing study may be grim news for automakers

As a follow up to our recent blog about the Kandi car-vending machine in China, we came across this article in Treehugger, which featured some interesting results from a study on car-sharing programs in the US.Researchers, Alix Partners, have released the results claiming that approximately 500,000 vehicle purchases have been avoided in the US thanks […]

Tesla S travels across US for free

The Tesla S electric car is in the media again, this time for taking one of its enthusiasts, John Glenny, across the country at no cost.  As reported in BRW, Glenny and his daughter travelled from New York to Los Angeles in just five days, via Tesla’s network of Supercharger stations where they were able […]

Reported last month by news.com.au, Hangzhou’s nine million residents will be encouraged to relinquish car ownership in favour of a greener solution – electric hire cars available on demand from giant vending machines!  In this attempt to spearhead the problems of pollution, traffic congestion and overcrowding, all exacerbated by spiralling car ownership in China, Hangzhou […]

Last week’s report featured on The Green Car Website reminds us of the Christmas classic, Miracle on 34th Street.  You will remember the part when Kris Kringle, employed at Macy’s, starts sending customers to Bloomingdales when they can’t find what they are looking for?  Some might say it is the cleverest marketing strategy around. So, […]

For the latest in electric transport options, Treehugger recently featured this prototype scooter, the Kubo.  After you figure out which end is up, you will see that the space underneath is designed to give you ample carrying capacity for your groceries, shopping, briefcase or other precious cargo (not children, however!). The scooter has a weight […]

Driverless trains are headed for Sydney

The NSW budget handed down last week delivered significantly on transport, with over $6 billion pledged towards infrastructure projects. Along with the light rail project previously mentioned on Wayfinding Forum, heavy rail was the big winner with funding confirmed along the north-west corridor of Sydney. The NSW Government describes The North West Rail Link as […]

The Institute for Public Policy Research (IPPR) has called for free parking for electric vehicles in an attempt to encourage UK drivers to switch to the more environmentally friendly mode of travel. An article published by the Guardian this week, explains that the concept is similar to the existing blue badge scheme for disabled drivers. […]

Ever tried to squeeze into an impossible parking spot? We all have, but with the latest technology coming out of the Massachusetts Institute of Technology (MIT) the impossible is becoming possible. A BBC Business News report published this week has revealed the media lab at MIT has designed a ‘folding car’ which is being developed […]

Electric cars to have a home at Highland Park, Chicago

The Chicago Tribune has reported Highland Park, a municipality of Chicago, will create areas in its downtown to accommodate electric cars. The city will consider priority parking spaces and reduced vehicle sticker fees to further incentivise electric car owners. The concept is hoped to be not only good for the environment, but also may help […]

Transperth has announced that it will be trialling a new environmentally-friendly hybrid vehicle as a part of the CAT bus fleet. The state-of-the-art diesel-electric hybrid was developed for Transperth following a visit to the Volvo factory in Sweden by Transport Minister Troy Buswell.  According to a press release, the one-year trial of the new technology […]

The first stage of the extension of Sydney’s light rail appears to be moving ahead, with the staged construction of a  line from the University of NSW in Randwick to the CBD expected to be announced this week. According to The Australian, NSW Premier Barry O’Farrell will announce that work will start at the university […]

The market for charging stations for electric vehicles

Meanwhile, and somewhat in contradiction to our previous post, research released by Lux Research recently indicates that the market for delivering electricity to Electric Vehicles will rise to be a $1.2 billion market in 2020. Lux Research developed a forecast using vehicle sales to project the global electric-vehicle supply equipment (EVSE) market. According to a […]

Interest in electric vehicles is declining In the US

A new study conducted by Pike Research indicates that the number of people ‘extremely’ or ‘very interested’ in electric cars has declined in the last year, from 40% to 36%. According to PlugInCars.com, key findings from the survey include: Consumers often cite insufficient range as a primary reason for their lack of interest in plug-in […]

A report from the UK’s Transport Select Committee recently published in Britain has claimed that sales of electric vehicles (EV’s) are on forecast for growth but remain relatively small despite the introduction of a Government plug-in grant. Incentives offered by the government include financial subsidies for consumers as well as funding for publicly available vehicle […]